The Ego Exists for a Reason - But Comes with Responsibilities

Every single human being on this planet is narcissistic to one degree or another – all of us. Anyone who says they are not is either delusional, or a liar. The narcissistic aspect of our personality is the reason why you put your best photos up on social media, your most flattering self image to the world and why we all seek accolades and affection from our peers, and in this absurd age of Facebook, from armies of strangers who will tell you how awesome you are just for making toast for breakfast. There is a chemical reward system within our neurology which seeks praise and adoration.

Our in-built narcissism is the same reason why we exercise, try to lose weight, feel pride in our accomplishments and generally say to the rest of the world: “hey look at me...look at what I just did!”. More likely than not, there is a very real evolutionary mandate in this benign narcissism contained within all humans. Women want to look beautiful (healthy and fertile) in order to find a mate – who is hopefully genetically compatible – so as to maximise the more healthy pools of DNA to be passed on to the next generation(s). Couple this with - 'we like to feel good about ourselves' – and there is nothing wrong with this. 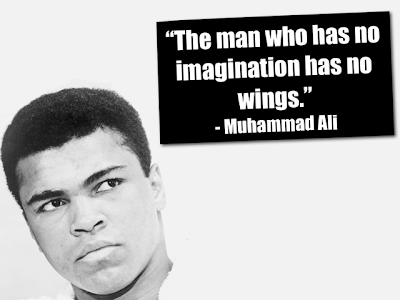 Without this kind of positive narcissism we would of been deprived of the talents and gifts the likes of Muhammad Ali and Bruce Lee have given to the human experience – making life that more interesting for all of us. Ali really was 'the Greatest' and this was not hubris, this is a fact. He did not fail miserably after proclaiming his abilities to the world – he went on to become 'the Greatest', and when he retired, then devoted his life to charity. Bruce Lee is another example of someone who could also be seen as an extreme narcissistic/egomaniac.

However, step back and just consider what this man achieved in his short life and he did it all by himself using his own talents and abilities. He arrived in the USA from Hong Kong at a time when Chinese, and indeed most non-whites were considered sub-human in the 'Land of the Free'. Within a decade he had revolutionised the image of the Oriental male in the USA and all across the globe. He did this by proclaiming that he was not going to act out some culturally subservient role which he was expected to fulfill.

In his greatest movie Enter the Dragon, he more or less shows us this metamorphism - which he created for himself – and the image of Chinese culture in the West during the famous hall of mirrors scene. Lee, while trying to defeat the criminal and evil Han (who represented the negative Western stereotypes of shifty orientals) finds himself looking for the location of Han – only to find himself confused by the mirrors all around him. It is such a symbolic scene, that Bruce Lee is telling us that only by virtue of his own ego/narcissism – symbolically portrayed as reflections in the hall of mirrors – could he defeat the traditional image of the Western stereotypical 'chinaman'.

The shattering of the mirrors which results in the defeat of Han symbolises: that even though Bruce Lee strove to be a Hollywood star and loved every minute of it – there was a means to end which was far greater than the narcissism he utilised in order to get there. In this context, narcissism can be seen as almost a transformative and even spiritual idea. In The Seven Spiritual Laws of Success, Deepak Chopra talks about The Law of Dharma and how using our talents, while serving others is the only worthwhile path to success. Both Muhammad Ali and Bruce Lee would be good examples of this concept. They both sought glory, fame and fortune while neither were shy about their drive for stardom.

However, on the other hand, they both ultimately used their stardom to serve humanity as a whole by bringing about a  greater understanding and mutual appreciation of different cultures and spiritual traditions. Narcissism leading to positive social and cultural change. Someone somewhere has to lead the charge.

In recent years, this healthy form of narcissism has been given a bad rap and is often confused with sociopathic and psychopathic behavior. These two states are not in anyway connected. A woman who wants to look the most beautiful bride on her wedding day is not generally pathological. This is her 'special day' and wants it to be remembered for all the right reasons. Some people are less narcissistic than others, but no one is immune from wanting – on some level – to be adored and admired for the way they look or their achievements (and in a Facebook context, no matter how mundane or uninteresting these “achievements” are).

WHEN IT GOES BAD IT GOES REALLY BAD... Pathological narcissism on the other hand is one of the most destructive human traits. The difference between benign and pathological narcissism is similar to the difference between an opium poppy in a field and all the factors which transforms that poppy into an AIDS-tainted syringe of low-grade smack being injected into a junkie's arm in some downtown 'shooting gallery'. When the narcissistic trait in humans is not only indulged by the lords of culture, but turbo-charged and celebrated as a symbol of the only avenue to ones personal empowerment, it becomes as much as the method of slavery and death for the psychology of the individual as the heroin in the veins of a hopeless and doomed addict.

This is now the main agenda of the control grid – employing the lords of culture to make us all pathologically narcissistic and self-destructive. The profit motive again is the only agenda here. This is a war upon us which is not driven by anything else other than supply and demand. They supply the fixes, we demand more and more solutions to the narcissistic cavity engineered inside us were our souls should be. 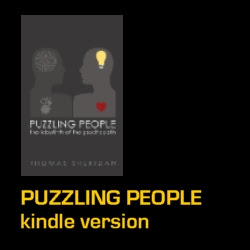 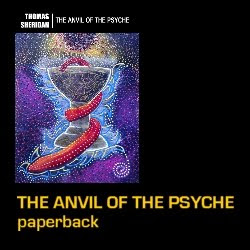 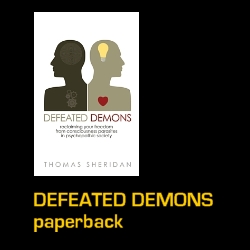